MATER-BI DOES NOT IMPACT FOOD PRODUCTION

The essential components used for the production of MATER-BI are non-genetically modified corn starch and vegetable oils and are cultivated in Europe using conventional agricultural practices. 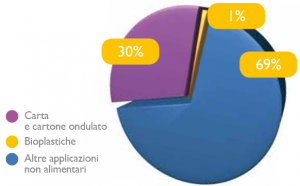 To date in the EU, only 1% of the total production of corn starch is used for bioplastics.

The total global arable land surface is 5 billion hectares. It is estimated that in 2017 the land used for the total worldwide production of bioplastics will only be 1.2 million hectares, equivalent to less than 0.02% 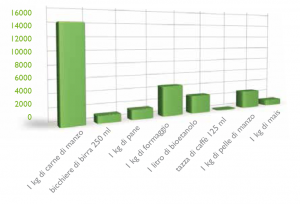 On average it takes only 15-30 litres of irrigation water to produce the renewable raw materials needed to produce 1 kg of Mater-Bi materials, an amount that has very minimal impact on water resources of the planet.